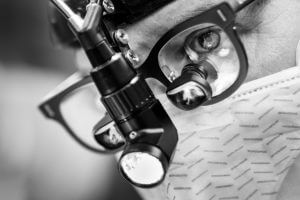 Sean B. Bailey, M.D., the son of Drennan Bailey,M.D., was born in Frontenac, Missouri. Sean Bailey attended the Ladue School District with graduation from Horton Watkins High School.  During this period of time he became an Eagle Scout, was co-captain of the Ladue varsity soccer team, and traveled abroad with the Foreign Study League.

Sean was accepted to Tulane University in New Orleans, LA where he completed his Bachelor of Science degree, majoring in Biology.  Extracurricular activities during that period of time included Tulane soccer, skeet shooting, and off shore sailing.

After completing his undergraduate education, he was accepted into Tulane Graduate School within the Department of Biochemistry and later the Department of Anatomy.  He applied and was accepted into Tulane Medical School’s Masters of Science-Medical Doctorate program in 1983.  In his senior year he studied tropical medicine in Jamaica under the auspices of the Tulane School of Public Health.  Duties included providing medical care for indigent clinics in the mountains outside Montego Bay. 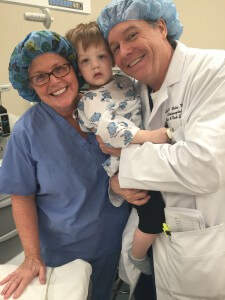 Dr. Bailey was accepted into the Barnes-Jewish General Surgery program at Washington University in 1987.  Three years later he was accepted into the Washington University Department of Otolatyngology-Head and Neck Surgery program.  From 1990 to 1992 he was a full time National Institutes of Health research fellow under the direction of Dr. Keith Rich in the Washington University Department of Neurosurgery.  Research included the study of peripheral nerve regeneration and the influence of nerve growth factors in nerve regeneration.  He completed his residency in Otolaryngology-Head and Neck Surgery in 1996 and at that time was elected into the honor society, Alpha Omega Alpha, of Washington School of Medicine.

Dr. Bailey worked as a surgical assistant and as an emergency room physician until being hired by a private Otolaryngologist, where he practiced general ENT for two years in Kirkwood, MO.  During that period of time Dr. Bailey also served as the editor for the Saint Louis Metropolitan Medical Journal. 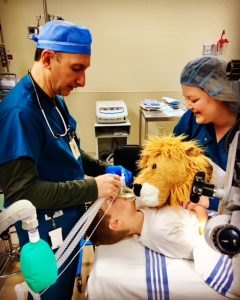 In 2000, Dr. Bailey began his own business, Saint Louis ENT Health, LLC.  The company has acquired three more Otolaryngologists, Dr. Pugliano, Dr. Grimm, and Dr. Brandsted, with offices at Saint Clare Hospital, Sunset Hills, and Saint Mary’s Health Center.  The practice serves five local hospitals. Recently Dr. Grimm’s wife was selected as professor and chief of Johns Hopkins Division of Cardiac Surgery, necessitating the relocation of the Grimm family to Baltimore, Maryland. We were saddened to see the departure of Dr. Grimm yet pleased to announce our most recent addition of Dr. Tara Ramachandra to our practice.

Dr. Bailey is Board certified in Otolaryngology-Head and Neck Surgery, Fellow of the American College of Surgeons, The American Academy of Otolaryngic Allergy, The American Thyroid Association, and the American Rhinologic Society.  Dr. Bailey served as Chairman of surgery for St. Clare Hospital, the Medical Executive Committee, and St. Mary’s Peer Review committee.